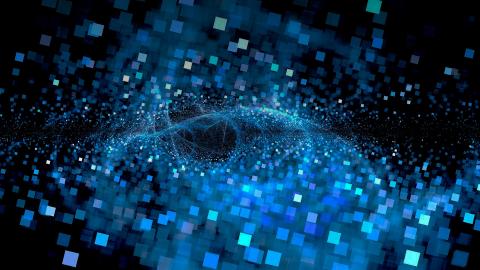 Restoring the Balance Between Bandwidth and Latency

With the ever-increasing size of datasets, data center workloads demand increasing levels of performance and capacity from both memory and storage. At the same time that more data must be processed per unit time, the components that make up the computing system are increasing in performance. Performance is a multifaceted topic where some measures (ex. bandwidth) increase at a greater rate than others (ex. latency).

The computer architect must navigate the intersection of these increasing data sets, and the relative performance increases of available technologies, to create a computing system that completes the job quickly. This brief explores the historical march of relevant technologies and the latest addition, Intel® Optane™ technology. This new technology delivers a needed new resource with latency and bandwidth that fill a traditional sweet-spot within the computing system to speed applications.

DRAM is a very high bandwidth low latency data store, but relatively expensive per bit. Increases in dataset size can be addressed by increasing the amount of DRAM in the system, but that is prohibitively expensive. Ten years ago when the only other available data store in many systems was a slow hard disk drive (HDD), there was often little choice. Accesses to high latency HDDs simply wasted too many processor cycles to wait for data.

The arrival of NAND solid state drives (SSDs) oﬀered another place to store data, and speed access to more of the dataset. As a result, NAND-based SSDs have been widely adopted in the market. Now, even fast NAND SSDs are no longer adequate for today’s data-driven applications that need to access and process data in real time or near real time. That’s because like the HDDs of 10 years ago, these SSDs require the processor to wait too long for data, adding latency that can hold back systems from achieving the performance levels that modern CPUs are capable of delivering. As CPU performance has increased over time, storage latency has not kept pace, becoming a drag on overall system performance gains.

To illustrate the march of technologies it is useful to compare relative bandwidth performance versus latency improvement over time for various storage media. Building on a key study by David Patterson, Figure 1 adds SSD data points to Patterson’s “latency lags bandwidth” chart.1 Patterson showed that bandwidth has historically improved at a much faster rate than latency. Transistors have steadily increased in number according to Moore’s law,2 while multicore architectures have continued to evolve.

Those improvements have allowed processors to process more instructions, and therefore more data, in the same, or less time than previous generation processors. But as CPU processing times have dropped, the time to get data from HDDs —the drive latency—did not drop correspondingly. That led to storage technology becoming the bottleneck in overall performance. For memory and storage technologies, bandwidth can be increased through parallelism but the time to access the technology is relatively constant. Only the introduction of a new technology delivers a lower latency.

To understand why this matters, consider what happens when latency decreases and bandwidth increases. In general, for memory and storage resources, a single unit data access is not enough to fill the pipe from memory to the processor. Put diﬀerently, bandwidth multiplied by the latency (the bandwidth delay product) is larger than the access size. When possible, to use the full bandwidth of the resource, software is explicitly written to ask for bigger or more chunks of data in parallel. As the bandwidth delay product grows, fewer and fewer algorithms are able to ask for enough data in parallel to cover the latency. In cases where they cannot, system bandwidth and performance suﬀer. At the simplest level, this is why having a balanced bandwidth/latency ratio matters.

Referring back to Figure 1, the introduction of NAND-based SSDs provided a balanced bandwidth/latency solution for a time, and they brought much lower latencies than HDDs. Base access times dropped from milliseconds (ms) for HDDs, to less than 100 microseconds (μs) for NAND SSDs, meaning fewer CPU cycles spent waiting for data. With many applications able to often access the full bandwidth of the NAND SSDs, this sped up processing in ways that users noticed. Over time, bandwidth continued to increase while latency remained relatively constant, stranding bandwidth and again, putting the system out of balance.

This is equivalent to supporting 60% more users per system, important to the bottom line and business growth. The result is a clear cost benefit driven by increased VM density and lower cost of infrastructure provided by Intel® Xeon® Scalable processors, VMware vSAN* 6.7, and the combined use of efficient Intel® 3D NAND SSDs with Intel® Optane™ DC SSDs.

The study concluded that performance was slower on older systems because the older storage technologies could not keep up with the input/output (I/O) demands of VMs. Essentially, the intense I/O workloads driven by multiple active VMs caused the NAND SSDs to back up with outstanding work, increasing latency to data until the required service level agreement required by the VMs was no longer maintained.

This VMware vSAN* example shows one way you can deploy Intel® Optane™ DC SSDs to fill gaps in the data center memory and storage hierarchy. Check the Intel® Optane™ technology web site often for new examples of how businesses are using Intel® technology to better meet the demanding needs of the modern data center.

A New Architecture for Memory and Storage

Intel® Optane™ technology can be deployed in a variety of roles within the system. An Intel® Optane™ DC SSD can connect to systems using a standard PCIe* NVMe interface with a bandwidth/latency balance to speed an important data center application, as shown in the previous example. In this form, idle average latency is about 10 microseconds, compared to more than 80 microseconds for NAND SSDs.4 Figure 3 shows both system hardware and software latency. Intel® Optane™ DC SSDs feature hardware latency roughly equal to the system-stack software latency, bringing another kind of balance to the system. Consistently low latency, even under heavy load, along with high endurance, makes these SSDs ideal for fast caching or tiering of hot data.

Intel® Optane™ DC persistent memory can be accessed directly from applications without involving the operating system storage stack, so the software overhead is removed. With persistent memory, idle average read latency drops to between 100 and 340 nanoseconds (ns).5 Consider this low latency in terms of the bandwidth-delay product mentioned earlier. Because latency is low, this memory can be accessed with a small unit size, a single cache line, and still provide its full bandwidth. Intel® Optane™ DC persistent memory is therefore a cache line-accessible, high performance, persistent store—a truly unique new resource.

Because of its high-performance and persistence, Intel® Optane™ DC persistent memory forms another new data storage layer that can be used in a variety of ways to fill system gaps in capacity and performance. That ﬂexibility allows businesses to architect data centers that can better meet the processing and memory needs of modern workloads. For example, Intel® Optane™ DC persistent memory can be used to significantly increase capacity for in-memory databases. And because persistent memory is non-volatile, data does not need to be reloaded into memory after a database restart, which increases serviceability and system uptimes, and improves business continuity.

In computing systems, the memory and storage hierarchy places data that is more frequently accessed closer to the processor while the preponderance of data is moved to less expensive memory further (higher latency) away from the processor. The inherent latency of memory and storage technologies tends to drop slowly over time, while processors increase in performance at a much faster rate. This eﬀectively moves these memories farther from the processor—as a result, the processor has to waste more instruction cycles waiting for data. Only the introduction of new lower latency memory technologies and new, more tightly integrated system integration points brings the system back into balance.

About the Author: Frank Hady

Frank Hady is an Intel Fellow and the Chief Optane Systems Architect in Intel’s Non-Volatile Memory Solutions Group (NSG). He leads research and definition of Intel® Optane™ technology products and their integration into the computing system.